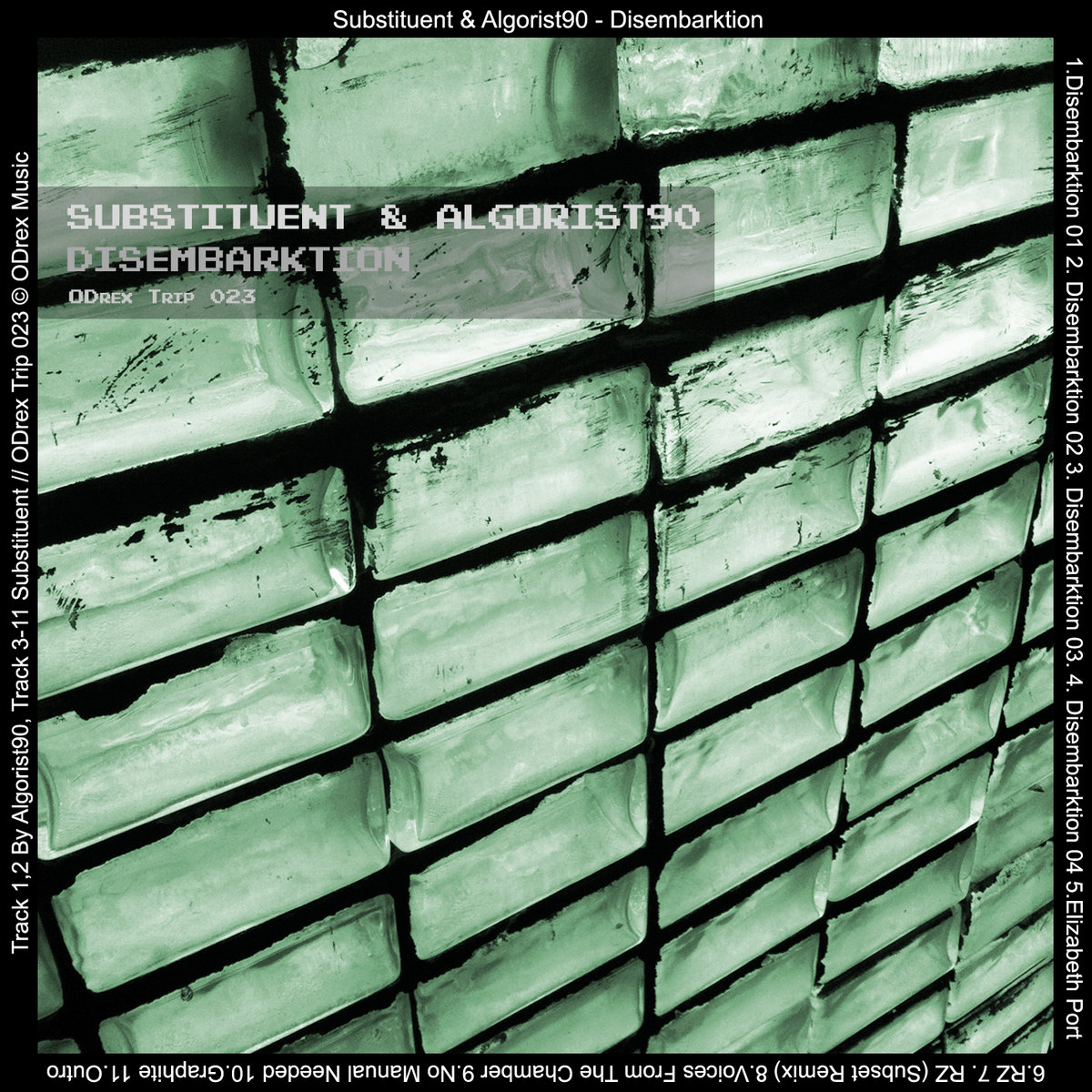 “ODrex Trip 023 is coop project between Algorist90 & Subsituent including a Subset remix. The first 4 trax were recorded during a trip to Croatia that then gave birth to the rest of the release and project. Have a nice trip.”