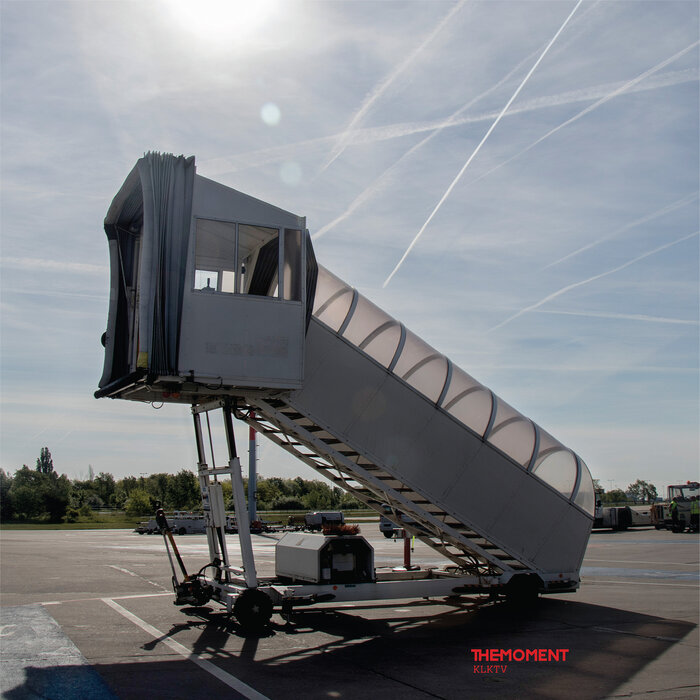 “The Moment KLKTV consists of Alejandro Fournier and Michael Rittner and can look back on a very international history: everything started with their joint stint as part of an artist collective in Guadalajara (Mexico), moves on to the first album produced in Malaga and has now arrived at the second joint album, which goes back to a joint visit to Berlin in 2017 and has since evolved across genres and borders. Indeed, Be A Bridge sounds at times like a nocturnal excursion through the neon-lit ruins of 1980s West Berlin, arm in arm with Gabi Delgado, Thomas Fehlmann and Human League’s Philipp Oakey. The wonderful wave pop of tracks like ‘Kill The Beast’, ‘Human League’ or ‘A Waking Miracle’, which is carried by the abysmal vocals of Alejandro, magnificently underlines these kind of evocations. But the album is much more than just a revel in the past and moves skillfully between very different genres involving wave, house and pop. The songs take inspiration from several collaborations, for example with the singers Maria Tammer, Sofia Lorena and Mavi Solano, and the guitar parts played by Ede Mueller, that further expand the already multifaceted approach of the album. With ‘Be A Bridge’, Moment KLKTV has succeeded in creating a very coherent album, which convinces with a very mature and well-balanced crossover sound that could win over a completely new crowd of listener.”