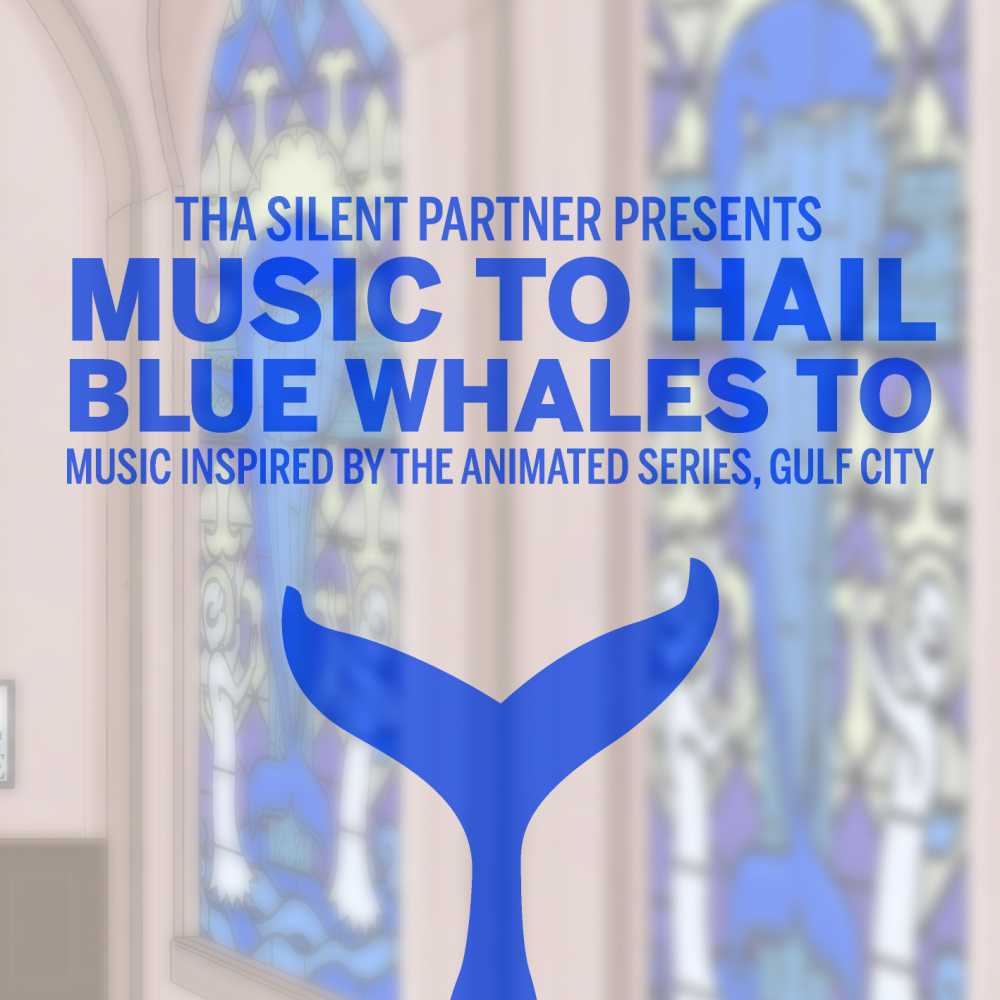 “Over the past three years funky animated series Gulf City has been gaining traction and quite a dedicated cult following. It has also been regularly featuring music by our own Tha Silent Partner! In so doing, it inspired TSP to further explore the types of sonic treats that viewers have been enjoying on the show. That ultimately brought about the album that you get to enjoy today! Fifteen tracks deep, this downtempo selection also features Gulf City’s own Ghastly Dope expounding on the surpreme knowledge of The Blue Whale aka the Prophet of Alhut Aleazim. So don’t sleep… listen to the album… and then head right over to Gulf City Studios and watch the series and then listen to the album again. Enlightenment’s a good thing. All hail Blue Whale!”