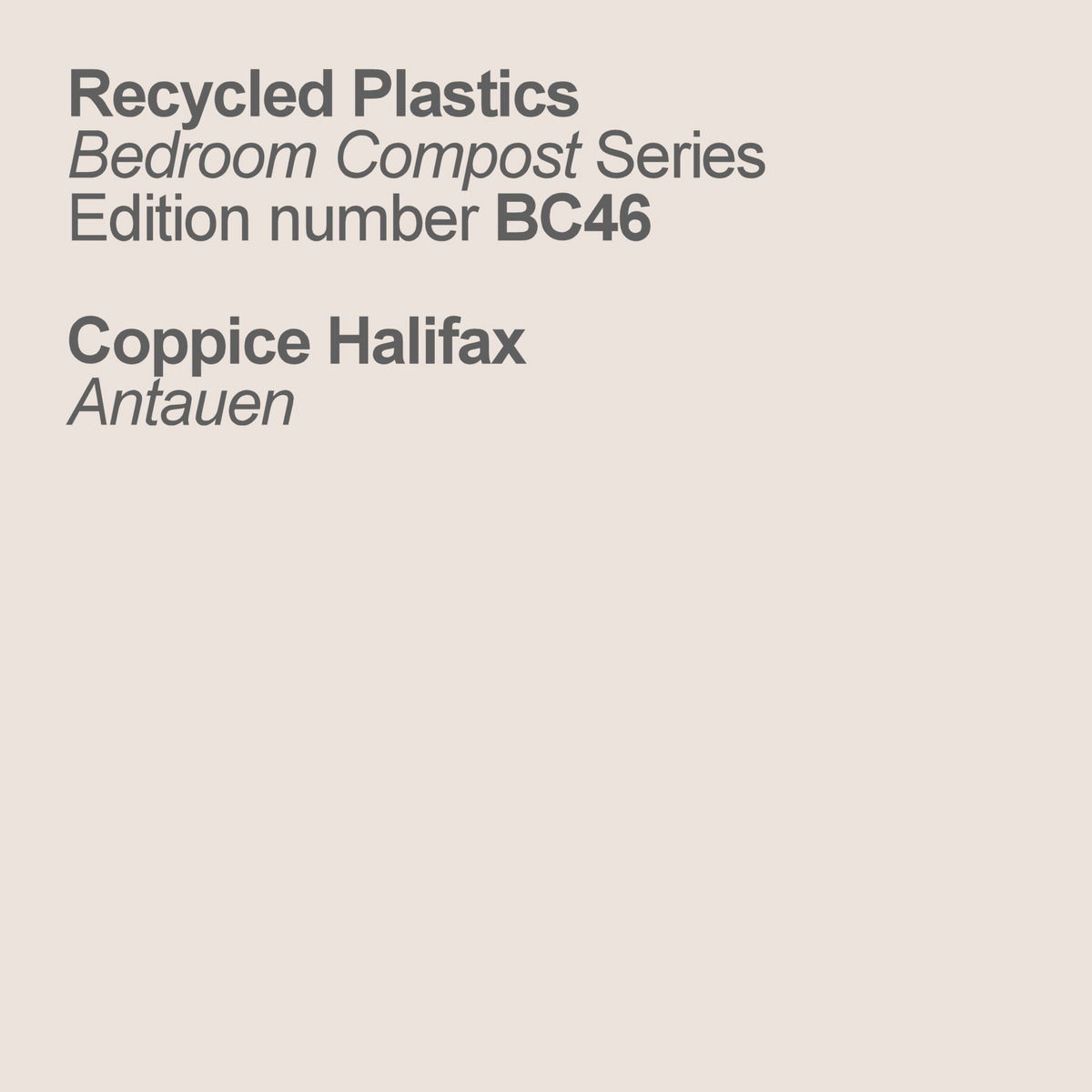 “Sometimes, music makes itself, or at least it seems to. Antauen began with inspiration striking Argentinian producer Matias Bagato (aka Orson Throb, and one of the minds behind Temiong Recordings) to remix the Coppice Halifax track ‘Antu’ from Radians (RP4). This mix was simply too good to let it fall by the wayside, so within a week of hearing it, we drafted the help of French producer Zwei Kreise (previously known as Axs) to fill out what would be a spontaneous single. Coppice Halifax went back to the source sounds for ‘Antu’ as well, bringing into existence ANTAUEN, a heavy new track that slices through the original audio with a white-hot laser, ready to storm the decks. Once the leading single and the supporting mixes were laid out, tangents began to manifest, and both Zwei Kreise and Coppice Halifax went even deeper into ‘Antu’ to excavate three more mixes: ZK’s being a low-res nod to vintage game soundtracking, and CH’s being a 40-minute drone-techno monolith with a washed out reprise. These experimental extras are only available as bonus tracks on the CD-R version of Antauen, which fully adds up to 71 minutes of new sound for your ears to process. Grab BC46 and thaw yourself out in deep space today.”

One response to “Coppice Halifax : Antauen [BC46]”