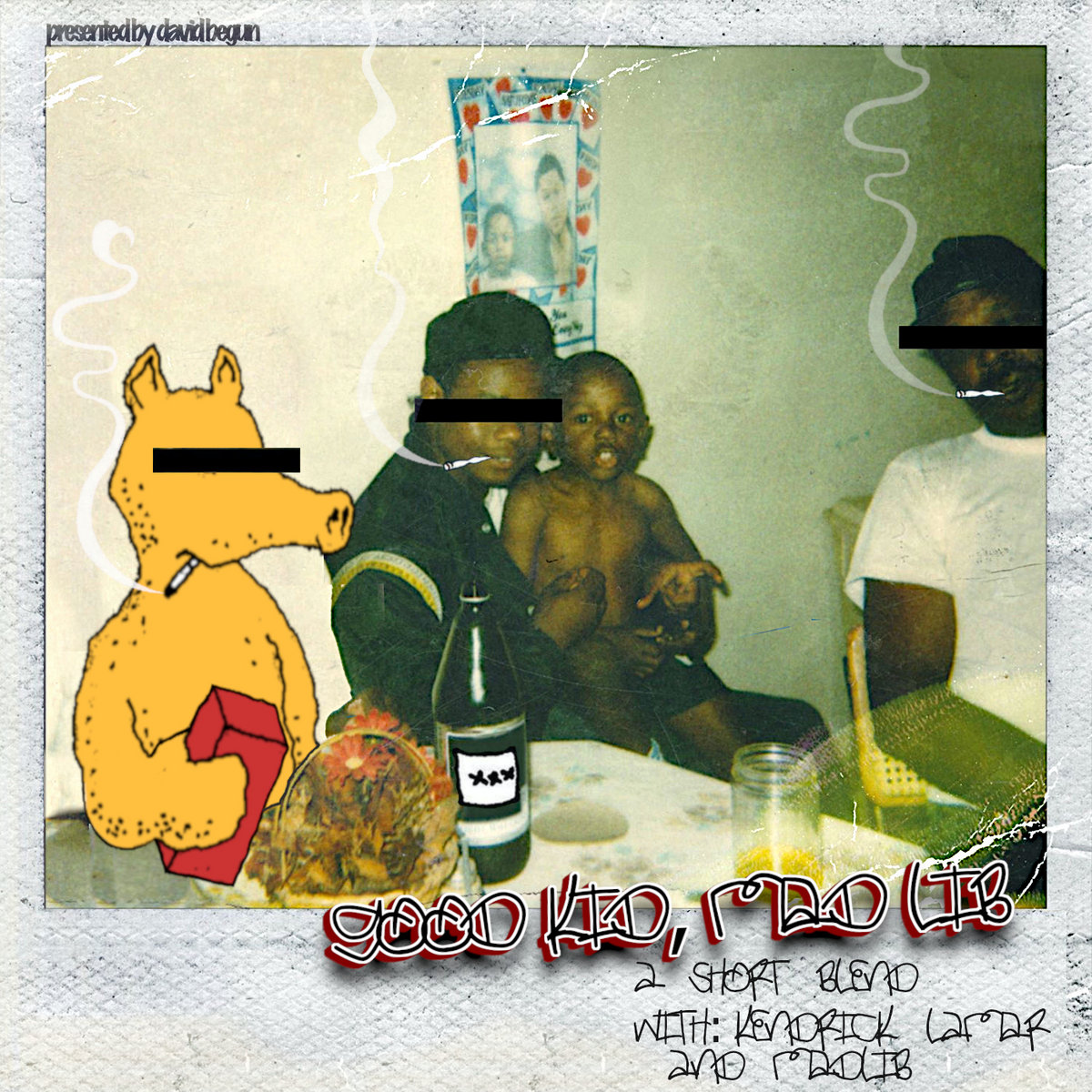 “Combining the lyrics of Kendrick Lamar with various instrumentals from Madlib’s vast production discography to create Good Kid, Mad Lib and blend tape featuring two of the greatest contributors to west coast hip-hop. Having only collaborated previously on the Kanye West track ‘No More Parties in LA,’ but with reports that they were trying to connect in the past on a track, this mashup postulates what that combination would sound like over a full length album.”