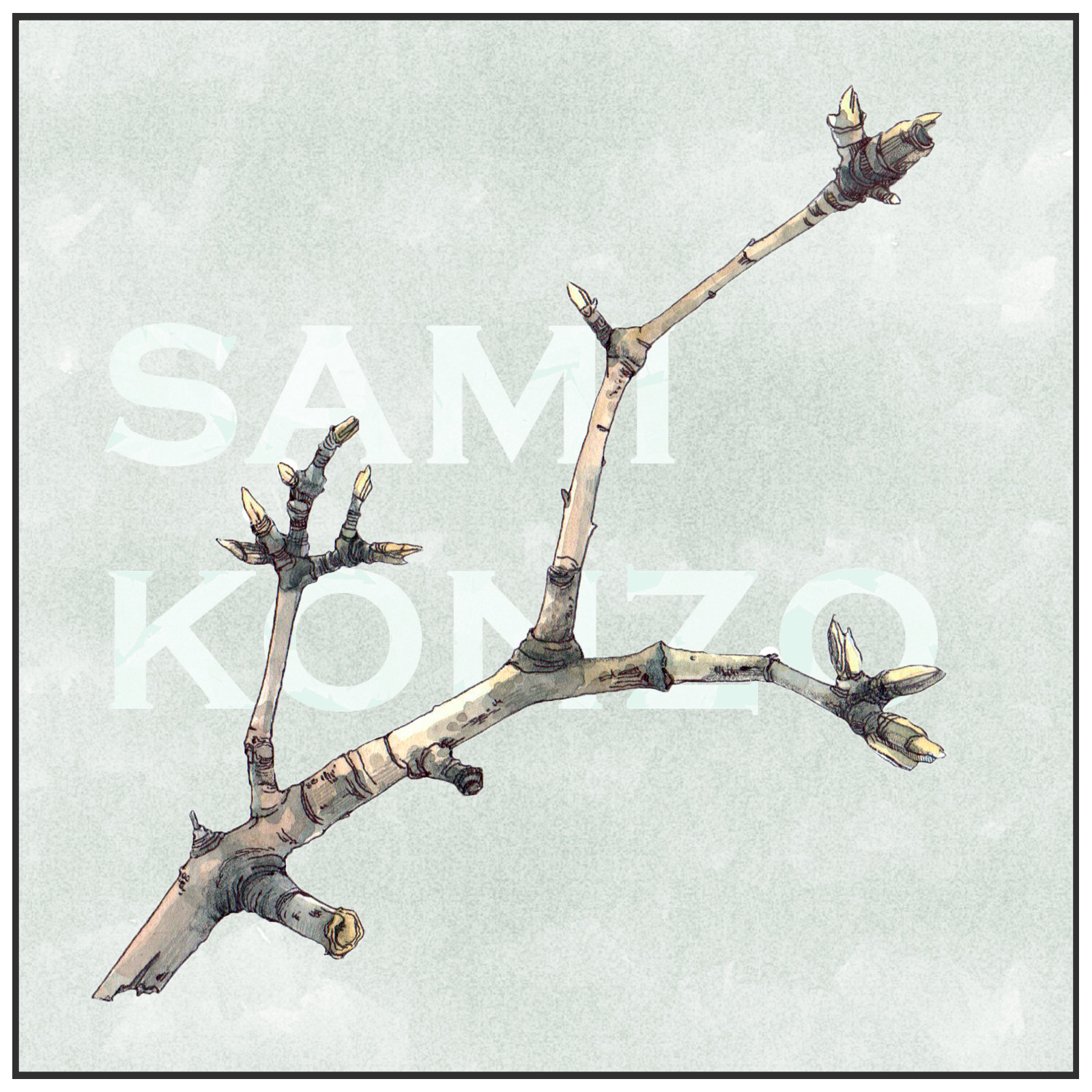 “House Community Movement alive.
To break the other chain of infection.
Hope returns in cycles.

Surprisingly Sami Konzo did send a life sign, after three years. And we welcome it a lot and so we can present a different view into Sami his music making. This time we can feel a five track trip into deep tech house, that let’s us dream of nice festival events in the woods or at the sea. The perfect moment, when the crowds are together as one. The artwork and the tracks spread signs of hope, while not forgetting the shadows. It is very welcome to publish the tracks as our spring release. Have a good and hopeful time!” 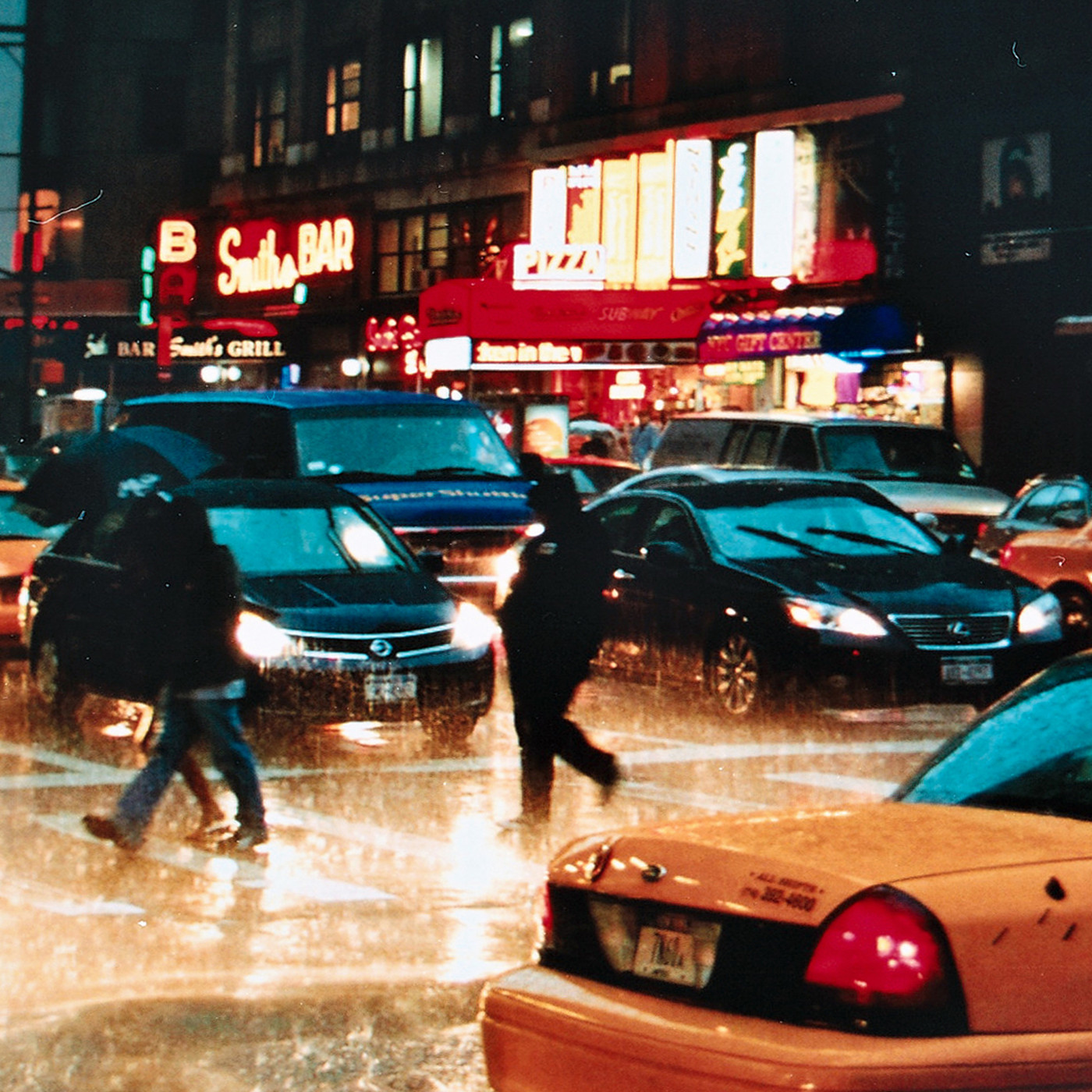 “Andrew Haines tickles our nerve cords with the most beautiful memories, in the tension between capital depression and the cosmic dance constant that cannot be taken away from us, neither from regulations nor from tension. The pleasure will remain, the frequencies will remain, the electric universe will remain, come what may. ” “Information Ghetto a.k.a. Clapan is no stranger to the net music scene of the last 20 years. Even more than on the net, he is known for his vinyl records, especially in the techhouse area. And with this sound he is also present on his Phonocake release, but we span a wider range on the album, from melancholic dream-ambient, to blade runner like scene music, IDM electronica, to the title track, which lets us take off in a highly energetic, high-flying, ecstatic way, until we end in 10-minute techno pieces that also contain electronica. Have fun on this journey through the musical world of Information Ghetto.”

“Relief.
How strong did we miss you.
Will you be there?

After a final winter stupor, we gaze into the rays of closer photons and see Matti T‘s latest color expressions, in both his visual artwork and also four new tracks he brings to us. New in style is a more dancefloor like track whose musical direction we already could feel in the Teppana release, a group in which Matti T is a member in. The trance like positive vibes guide us into an ambivalent beauty of a strong electronica track. Sunbeams will increase the spirit and the final track will guide you into another realm, moving and somehow rocking. Dance in the easy chair, with a bittersweet taste of love, loss and hope, amidst a space opera.”

“With the No. 7 Erich Schall brings a very own, charming mixture of elements, in which House, Techno and Electronica seem to blend to something new. Piano & Worldmusic samples meet with noise & kickdrum, flute play meets Minimal Techno and then again the finest deepness. Exciting to listen and with loop listening potential the tracks show an enjoyment in music, sample play and dancefloor.

Having released on well-known Netlabels like Derkleinegrünewürfel, Basic_sounds or Tonatom, Erich Schall is very active in the netaudio scene for years. In addition to the classic Netaudio labels, he can also be found on some commercial digital labels, also does his own distribution via Bandcamp and bigger platforms.”

“Open doors for some hope.
Summer, Melancholy, Life.
Love is the answer.

We are glad, that _Push Against New Fakes_ is back with a full time album, spreading love using frequencies merging house influenced electronica. ”

“A link between romanticism and modernism.
The not so busy easy chair of friendship.
Seifersdorf.

Daniel Williams a.k.a. Ghost Radio dedicates his third album on Phonocake to the works of Claude Debussy, whose second name was Achille. The tracks show a variety of styles and merge into an album that you will want to listen to repeatedly. A masterpiece from the theater specialist composer.”

“The sky has no limit.
During the blue hour;
Nightfall & niceness.”

“Roots of Science, you drive us in
direction of space, stellar ramp,
activated in the holy lands of Greece.

“While the sea becomes an ocean we join forces with the russian hard n beat sound netlabel Cuntroll to bring our first joint netlabel release. We like the idea of joint releases, starting at the same time at parallel labels. BTW: congrats to your 50th release, Cuntroll and Mark.