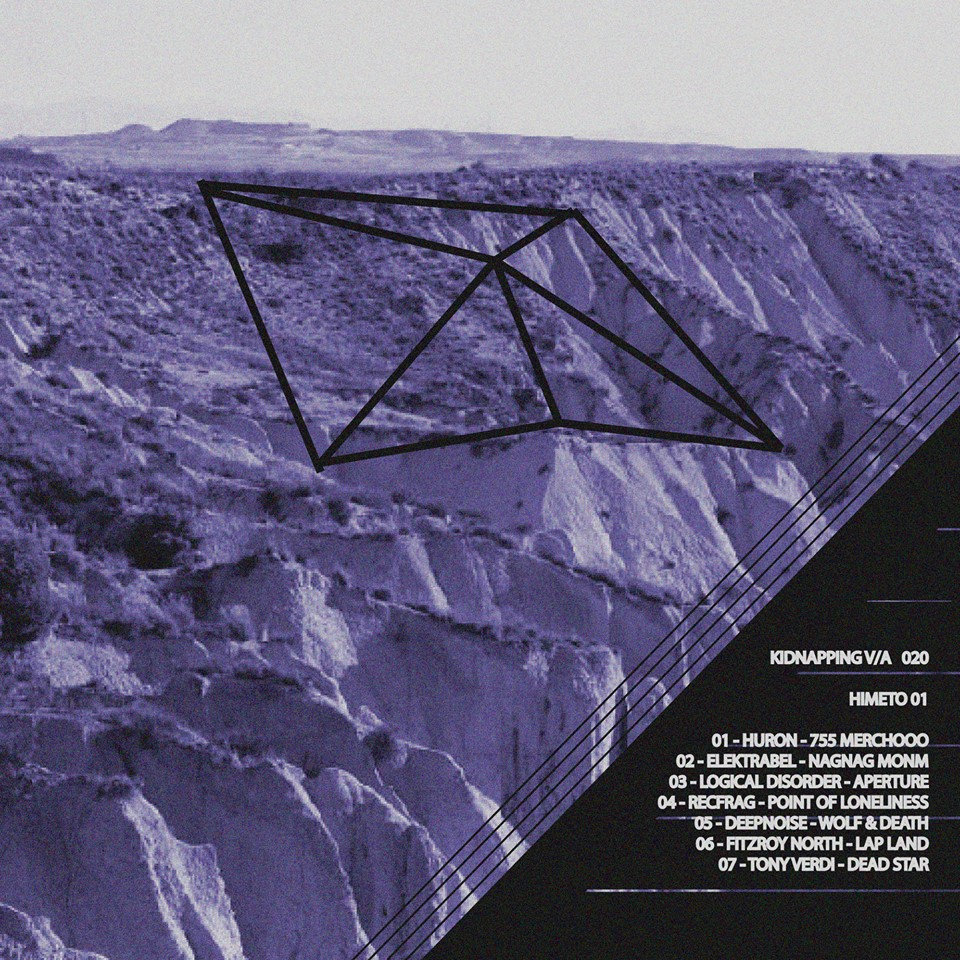 “The Kidnapping 014 arrives from Belfast, Northern Ireland´s Capital. Hoth System (Tony McMurray) gives us an EP of techno, with industrial atmosphere and some of those frequent clouds on the U.K. ‘Epiphany’ extends the concept of his title, with a very gamer sound. ‘Transmural Infarction’ moves in the roughness of the industrial and ‘Reclusion’ adds something atmospheric, as if the brick and metal from the industry makes smoke in the machine. From Dubrovnik, Croatia, I1 Ambivalent (Juraj Pustic Jurki) gives us a version of ‘Reclusion’ wets in the Adriatic Sea and with a synthe-keyboard that makes it moving, adding color of a coastal town. Unit 115, closes the Ep with a version of ‘Reclusion’ a pure techno idm robotic and industrial.”

“The andalusian summer heats, during certain times, make people disappear from the streets, and in the internal reclusion hours, they don´t only live by flamenco Seville, there is techno brewing indoors, and this album from MQZ is a proof for this. All Ep tracks deliver the strength that characterizes Kidnapping. The floor moves on its trip with ‘Bad things’, followed by ‘Cluster’ and ‘Voltage’. From the city of Břeclav, Czech Republic, between archaeological treasures and traces of prehistoric settlements, it comes with a version of Elektrabel, with a filter that plays with the ‘Cluster’ melody and it puts as the main protagonist. Finally, Unit 115, mixing the Buenos Aires language with the Catalan, putting acid to his version of ‘Bad things’.”

“We started the second part of Kidnapping anniversary moving to Madrid, the Spanish capital, which it has mentioned has a long history of connection with the techno. We walk into the streets stained with blue blood drops conquests news from distant lands and Lope de Vega poems, uploaded to the first two tracks, by prestigious artists: The first, ‘Uanamani – Avaris’ which as a opening disc also has the symbolic characteristics of diversity, deep ambient dub techno and even some break, an off voice and a bit of calm before the storm coming at all. The second, ‘Groof – Darkest Hour’. Roberto Gemelín, that in other times firms as Robert Calvin, and here he does as Groof, which deals with different styles and always does well. In this case shows the seriousness that you put on your techno industrial environments, without abusing of the speed of the beat, and displaying maximum strength. The region has much to investigate, and it is then that we stay in Spain, because the third artist, Jose Pouj, which initially began its work in Castilla-León, after a time also moved to Madrid. And inside the industrial air, he has added shades of experimental techno. We took off to the British Islands, and stop in Dublin, Irland’s capital, to hear ‘Adam Kelly – Find A Way Out’ and its maybe the darkess material of the the disc. Strong, sharp hi-hat and giants drums who never stop moving, destroying any opposition. We return to Spain, but in this case the city of Valencia, to rediscover Raszia, an artist that usually used to does his good works in Kidnapping, and this time gives us ‘Battlestar’ a traveler techno with an climate tense and universe metallic squeals. We move to the East, to the Budapest city (Hungary), to give play to ‘Synus0006 – Shots’ an unhurried techno, synthesized sounds, oxidized percussions and modern air. Finally, Unit 115 closes with ‘Lepantt’ experiencing the honeys moves, putting variants to the high note that plays, to the synths with saturated atmospheres and melodies that suffocate under a sequence of drums with personal style.”

“Kidnapping is for celebration, and how could it be otherwise, removes a disc that symbolises the happiness of their anniversary. A meeting of artists from the label, which contribute their two cents to the album that contains two parts full of names, beginning, and various substances, faithful to Kidnapping style. The first part opens with ‘Subliminals’ extensive techno idm track with an infernal brekeado, and as a sample of all that diversity that identifies the stampl, full of shades and sounds of different nature. Mutant Beatniks lets us see his British blood, from the city of Bath, near Bristol, in southwestern England, but it is not English tradition only, which applied to music would be enough, the city of Bath has roman origins, and it has cultural attractions that it has transform into a World Heritage Site; well, these achievements as we add also to the contemporary techno. We flew towards the beloved Barcelona to meet to his second job. Between thrashings Barca, blue Mediterranean and remains of the Gaudi´s magic, we find the industrial ambient techno that proposes Delusions (Archi Ferrero & James Hazel) with his track ‘Dynamic 2’. Walking on the amplitude of his grave, make us friends with the lashes of their percussion. We crossed the ocean, and while we´re trying to get used to spicy food in Mexican City, we get into the insistent ambient techno ‘Reiko – Spell Spain’ with a tinny piano that seems naif, but ends up having the forcefulness of a screw is threaded into the temple. We gain strength for a long trip: to the next track far away in the Orient. We fall in Hokkaido, Japan’s largest island, mountainous with geological eruptions, clear lakes and thermal baths, reliefs that perceives in different layers of background that add idm techno groove of ‘Terra Motogaya – Press Cord’. We return to Europe, back to Spain, and along the shore Ebro River, we stop in Zaragoza, crossed by Roman history, medieval, Renaissance and Modernist. It has Universality since the sixteenth century, it had Goya painting the corners, and in present it has a techno that makes you shake the floor. Theres no need for details, if you want to move the track, turn on play to ‘David Meiser – Technology Is Back’, loud and clear. We moved to the sixth track walking towards northern Europe, we stop in Berlin, and start talking of Berlin in a portal techno music, needless to say… just say that Berlin is still high quality reference and breeding, ‘Dubit – Klassick’ has clearly demonstrates this. A Unit 115 we know Buenos Aires air, but if we add to his techno a melodious pianos that always insist and a transatlantic flight that it had move to his new residence in Barcelona, gives us the results of his new work.”

“From the city of Linz (Austria), Martin Mueller brings the seventh release of Kidnapping to us: techno dampened by the waters of the Danube. We could reduce the entire comment saying it’s an album of pure techno, but we can also say that this label is represented in many shades here.”

“David Reina is a techno producer and dj from Córdoba in southern Spain. Element Comunication, the sixth release of Kidnapping, provides the industrial essence of techno you want.”

“For this rich musical journey, we flew to Poland to meet with Marcin Oraczewski (aka Maztika), a DJ and producer born in the small town of Scinawa in the Southwest.”