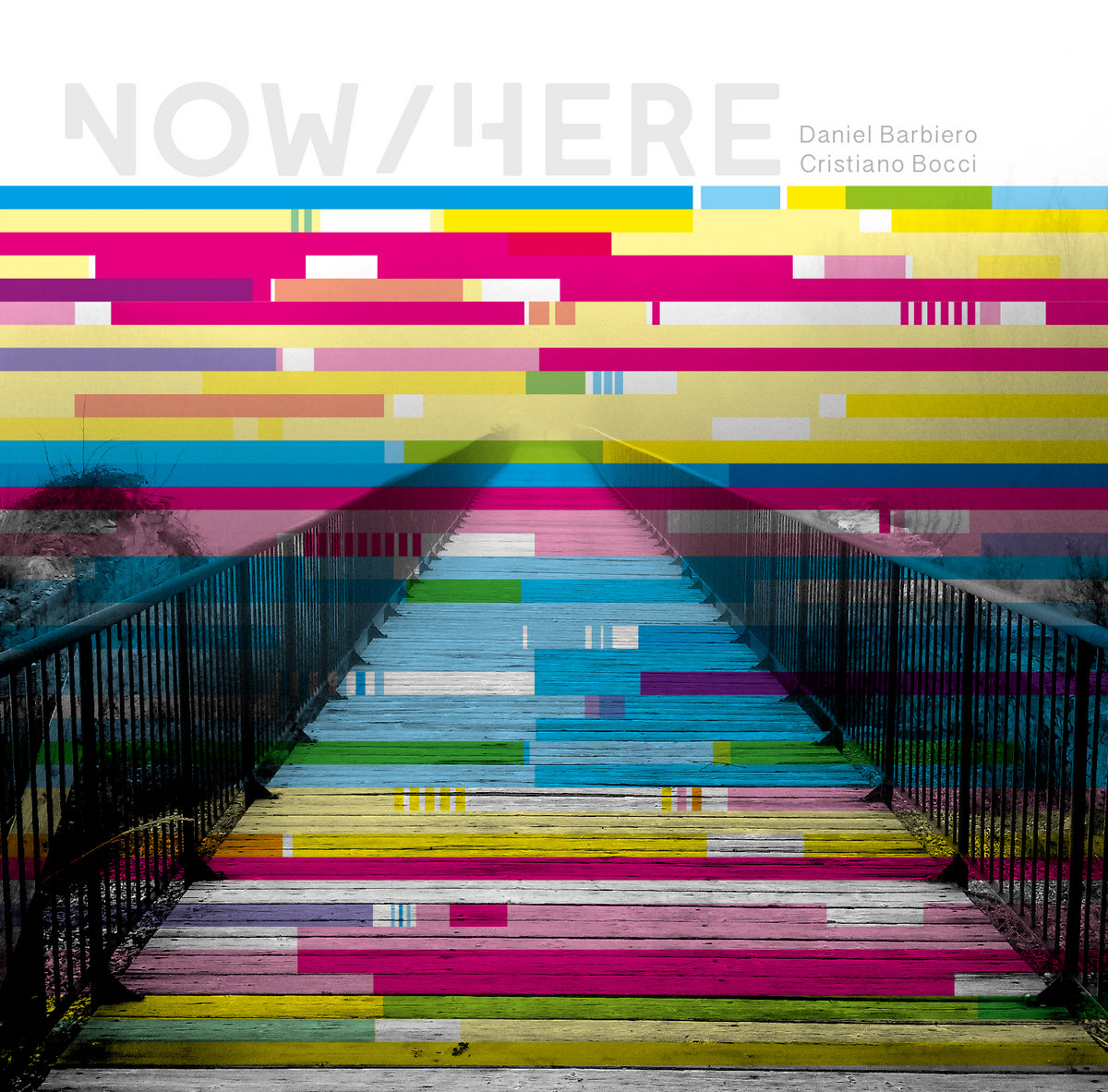 “Now, Here: the most basic points of reference by which we locate ourselves in time and place at any given moment. And yet they are constantly moving, changing. Now is the vanishing point of the present continuously slipping into Then and reaching out to Not-yet; Here just as quickly becomes There. Now and Here turn out to inhabit the abyss of Nowhere in a paradox of reciprocity–much like Heraclitus’ road up being the same as the road down: One is nowhere and now here, at the same time.
The essential elusiveness of Now and Here inspired the music on Now/Here. The ephemerality of sound simply transposes the ephemerality of our being Here and Now into a more literal, more compressed (and more easily observed) key. Sound arises from silence and is now/here; it reverts back into silence and is nowhere. In an endless cycle.”

“Five years after ‘Seven Mirrors’, Inner is the new album by Nunun (Cesare Discepoli: guitar, effects; Massimo Discepoli: drums). Composed and recorded between 2014 and 2016, this is the duo’s more introspective album, resulting from the need of a musical research by the two musicians, but at the same time always crossing the path of experimentation and improvisation present in previous discs.”

“The seven multilayered pieces presented here are hybrids meticulously built up of acoustic and electronic elements both composed and improvised. Synthesizing a complex relationship of lyricism and abstraction, acoustic double bass and drums define melodic and rhythmic figures against an ambient field constructed of electronic textures. The emergent sound is a weave of modallyinflected melodies floating over propulsive, intricate rhythms and harmonic blocks carved out of electronic matter.”

“Disillusion, solitude, reminiscence, believing, traveling, loving, belonging.
Belonging to somebody, to yourself, to nature, dreams, to the unknown,
to something, to anything, to no one and nothing.
Belonging to the thought of not belonging. Either way – we all belong.
Melinda Ligeti”

“Reclaim The Horizon is a look to the entire world trough the sound: just stop for a while to observe and realize the real pace of the life without sliding away in the day life’s noise.”

“One night, three musicians, nothing planned, everything improvised

“Brightelephant is a collection of sinking, memories, human bodies, battleships and battlekisses. And elephants, of course. Each of the 7 pieces in it is as abstract as it is concrete. Old-fashioned sounds for modern, turmoil, times. Halting, skeletal and serious-less chamber music for irrational listeners.”

All the songs were recorded in one or two takes. Only with a nylon guitar.
The music was almost improvised, except the theme ‘Nils’ that was a rework of the pianist Nils Frahm, from one song of his album Screws, trying to ‘move’ the sounds of his personal piano, to the guitar..
I recorded this EP with Hector Xiqués ( I/O Estudi de Gravació, Barcelona), and we tried to give that especial sound of the guitar, with some delays, and reverbs.

This is a joint release with Alchemistica netlabel.”

“Forget The Theory features two arrangements and five original pieces written by Kevin Higgins for his group Nature – a quartet with voice, electric guitar, electric bass and drums. The material was honed in a dozen live performances, then recorded over two days in spring 2012. The result is an album of dark grooves, mixing techno, funk and dubstep with contemporary jazz.

In the foreground, ethereal vocals and frenzied guitar carry on an improvised dialogue. Forget The Theory captures the energy of their alternating conflict and cooperation. Behind them there’s tension of another kind, as club-inspired drum beats threaten to melt into jazz cross-rhythms.

This album was built off basslines: some abstract and symmetrically structured, some just funky. Either way, every tune was designed to make you nod your head. Enjoy the bouncy pulse and powerful perfomances of a young band playing with passion.”

“Nylon and Turtle was recorded after that, while he was watching jazz pianist Brad Mehldau , Sergi Boal, guitarrist and composer, had a revelation: the necessity to create his own music. This necessity led him few months later to record this CD. There are 9 songs, most of them recorded in one or two takes, so it’s almost a live recording. It is an organic and intimate album, in which the guitarist tries to make a little travel. As in Ice Voice, where it can be appreciated the Nordic influences of Jose Gonzalez, or Yorke, where we can hear echoes of Radiohead. Fukushima is a tribute to the victims of the tsunami in Japan, in where it mixes anger and calm; The incident of the Bell features great tecnique and sounds with a mixture of pop and grunge music, all with the same nylon guitar. In Frontera, the flamenco sounds in his fingers, and take us to Orecchio di Dioniso, and then we get carried away through the last song of the album, “Is anybody out there?”, a composition that borrows the title from Pink Floyd, ending with a question. This album is the starting point of this guitarrist of Barcelona, who decided one day to make his own music with the guitar. Sit back and listen … is anybody out there?”